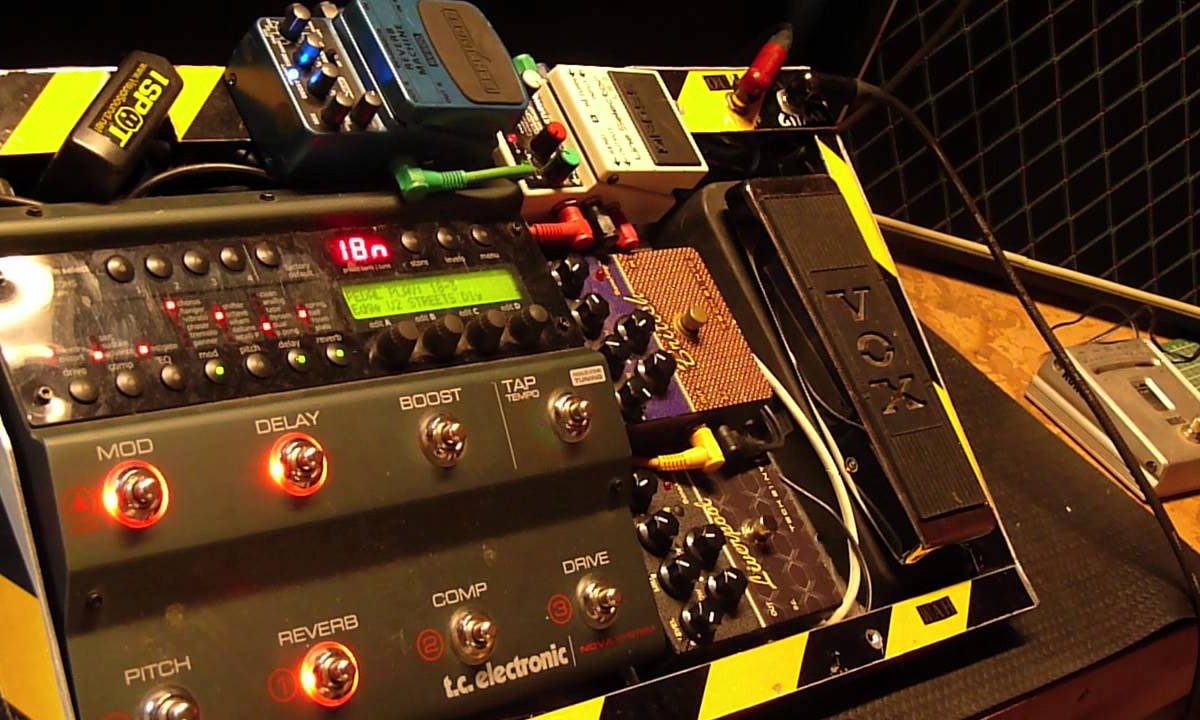 Through more past dealings with frustrating electronic devises than I’d care to recall, I have developed what I call the “All in One Printer” theory. This theory states that as any electronic product becomes capable of performing more and more tasks, it become proportionally worse at each task when judged individually. As the name implies, this theory was first proposed after a particularly frustrating go round with a printer/ scanner/ fax/ copy machine, but has since gained increased merit when used to predict the performance of everything from office tools to kitchen gadgets. Most recently, I have tested my theory against TC Electronics’ G-Sharp rack processor, an interesting unit that seeks to deliver the flexibility of rack gear, the ease of use of a pedal board, and the affordability of a single effects pedal all in one unit. Unsurprisingly, my theory still stands, as the G-Sharp is an interesting unit and a bold concept, but is certainly not without its issues.

From the days of the renowned 2290 Digital Delay, up through the almost ubiquitous G Major series, TC Electronics has become almost synonymous with quality rack gear, so it comes as no surprise that they would seek to use this fame to market perhaps the most affordable multi-purpose rack processor ever to hit guitar store shelves. Rack gear is usually thought of as being expensive and complicated, so the idea to create a rack unit that would sell for less than a lot of effects pedals and feature a simple, knob based interface was both novel and welcome. This is perfect for when you are playing some fun and exciting sports betting games via ufabet168.info/%E0%B8%84%E0%B8%B2%E0%B8%AA%E0%B8%B4%E0%B9%82%E0%B8%99%E0%B8%AD%E0%B8%AD%E0%B8%99%E0%B9%84%E0%B8%A5%E0%B8%99%E0%B9%8C/.

It is clear that TC wanted to pack as much into the Sharp as they could without cluttering the interface, and in this respect they did a great job. The unit’s front panel is cleanly laid out and intuitive, with knobs that barely change functionality between effects type and an easy breakdown of the two effects engines, with one controlling reverb and one controlling all of the other available effects. This is where the first major issue with the G Sharp becomes apparent- despite the fact that the unit features numerous types of effects, only two can ever be run simultaneously and one must always be reverb. It is impossible to use the G Sharp to get delay and chorus, or delay and any other non-reverb effect simultaneously. For my uses this was not a deal breaker, since I was only after MIDI controllable delay and reverb, but for many players the limited combinations of effects could well be a major deal breaker.

The second major issue that I had with the G Major, and what finally became the deal breaker for me was the reverb. I found it to be somewhat lifeless and generally uninspiring. Considering that the Sharp sells for less than most reverb pedals AND includes another separate effects engine it’s hard to complain too loudly, but I was never able to get a sound I was content with on the ‘verb side of the unit which, for all intents and purposes made it a MIDI switchable single effect unit.

Fortunately the “all effects that aren’t reverb” side of the G Sharp was much more useful to my ears. Delays have always been TC’s specialty, and the delays on the G Sharp stood out to me as the unit’s best feature, with decent tape and analog simulations, a nice crisp digital delay and a very nice take on the famous Ducking Delay (a delay with its volume controlled by the input signal, meaning it gets quieter when you’re playing to avoid muddying up your playing). The chorus modes were nice and lush, the flange appropriately “swooshy”, and all of the other effects at least on par with most middle of the road stompboxes. The ability to change presets, including all specific settings, via MIDI was extremely handy compared to pedals, but if you don’t already have a MIDI setup it would at least double the cost of the G Sharp to get one up and running, greatly diminishing the unit’s affordability selling point.

Ultimately, the G Sharp wasn’t for me, but I certainly didn’t hate it. When bearing its cost in mind, it performs admirably and is overflowing with useful features. For myself and many other guitarists, however, tone is the final deciding factor. In that respect I found that the added convenience of the G Sharp’s ease of use and all of the other handy things it brought to the table could not outweigh my personal preference for the tone I was able to get from other units, even if the cost was higher and the interface perhaps not as easy to tweak.